Cause-specific mortality, particularly for cancers and heart disease, provide commonly available indicators for policy monitoring. However, defining appropriate population sub-groups of interest has, in the past, normally been limited solely to information provided on death certificates – and coded by the General Registry Office (GRO). In terms of ‘Section 75’ groups (S75) this amounts to reliable information for gender, age and marital status only with information on social class commonly recognised as being neither as reliable nor detailed as census data.

As the Northern Ireland Longitudinal Study (NILS) links a 28.5% sample of the enumerated 2001 Census population to subsequently occurring deaths this information deficit can be addressed and cause-specific mortality examined for any population sub-group definable using census data: including by ethnicity, community background, self-reported health (including limiting long-term illness), dependency of children and various socio-economic factors. This also applies to other vital events such as births occurring to NILS sample members. Following directly work initiated by McClelland (2008), this study will allow the development of more robust assessments of health outcomes for Section 75 groups to examine health inequalities in Northern Ireland, also allowing for other components such as urban-rural differences to be factored into analyses. The analyses will complement results produced from the NI Health and Social Care Monitoring System. 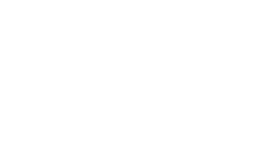